Tuesday Time Wasting and Other Curiosities I call “News" 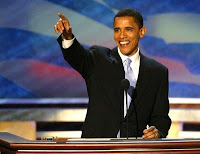 *Mr. Obama and I have a lot in common: he hates asparagus, I hate asparagus. His favorite food is fried chicken, (one of) my favorite foods is fried chicken. Obama’s favorite recipe is chili, and OMG, my favorite recipe is chili. For more about the eating habits of our new president elect, and answers to such questions as, “deep dish or thin crust?” check out NPR’s article Barack Obama : First Eater.

*Our wounded economy is apparently taking its toll on Starbucks, whose profits have dropped 97 percent in the last quarter. Ouch. No recession lattes? McDonald’s however, seems to be picking up business. Is it the dollar menu, the McCafe, or just the overall “value”? Personally I think it’s because they won’t put cream and sugar in your coffee for you at Starbucks like they do at McDonalds. So much for service. 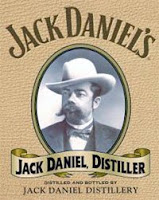 *For drinking trivia, check out the always reliable Mental Floss for the stories behind the names of
well-known liquors such as Captain Morgan and Tanqueray. For more fun, catch up on some famous drinking stories, including one about drunken elephants with a penchant for rum.
Posted by Drinkapotamus at 11:47 AM

Email ThisBlogThis!Share to TwitterShare to FacebookShare to Pinterest
Labels: Amusement, Off the Beaten Path