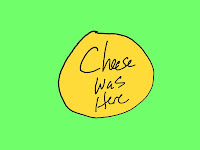 Saturday was Valentine’s Day, and this was originally supposed to be my V-Day post. I had a clever title all lined up that went something like this: This year get her something she’ll love—get her cheese. But in keeping with my usual bad habit of procrastination, this is now my post-Valentine’s Day post. So for those of you who thought it was okay not to buy flowers because of the recession, or thought it might be super romantic to pick up some lingerie at Wal-Mart, I have just the thing to get you out of trouble.

The road from the proverbial dog-house back into good graces is paved with creamy, gooey mozzarella. Trust me. And really, what could be more romantic than a hard-to-find Italian specialty? Burrata, a relatively new addition to the cheese world, is a divine combination of mozzarella wrapped around little strands of cream-soaked mozzarella. The result is a ball of some of the most amazing cheese known to man—it definitely rates in my top 5 cheeses. And needless to say, it’s a party in your mouth.

This cheese, in my opinion, was best described by Corby Kummer, who wrote an article about burrata for the Atlantic in December:
The first bite of burrata, with its unexpected, slow viscous, creamy goosh, produces fugue-like states. I recently watched a friend take one bite of a softball-size burrata and look up a short time later, unaware that he had finished the whole thing. I had seen it before. I had done it before.

Burrata can be a little tricky to find, in part because the flavor and quality deteriorate rapidly. This cheese is at its peak when it’s fresh. Though I’d read about it, I hadn’t sought it out until an email from Farmstead Cheese and Wines in Alameda, advertising their special holiday shipment of the cheese, which they say typically sells out by midday on Fridays (they only usually get it in for the weekend.) But if you decide to pick up a little bundle of creamy goodness, you might as well get two or three. Because after the first bite, you’ll wonder what happened to the rest of it.
Posted by Drinkapotamus at 11:09 PM